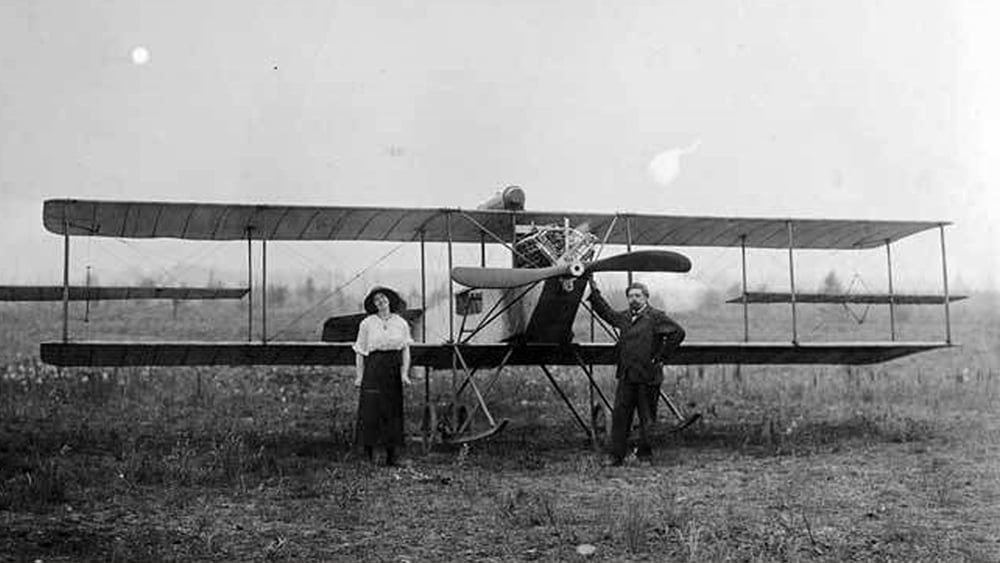 The list of innovators is long, so we've narrowed it down to 5 of the most iconic Aviation pioneers

Lindbergh also prompted the United States to establish kidnapping as a federal crime after Lindbergh's infant son was kidnapped and murdered in what was dubbed 'The Crime of the Century'.

Lindbergh passed away in Maui of Lympomia, remembered as a polarising figure, due to his public stance on WWII proceedings prior to Pearl Harbour.

The early inventor of the Telephone was inspired by his wife to create 'Heavier-than-air' aircraft, innovating many contributions that are still incorporated today.

Innovating the tail rudder and a wingtip for his aircraft 'The Silver Dart'. The Silver Dart took to the air on February 23, 1909 and became the catalyst to create the Canadian Aerodrome Company.

Our next innovator is Australian Aviator Sir Charles Kingsford Smith.

In 1928 'Smithy' was the first pilot to fly the Trans-Pacific flight from the United States to Australia. As well as the first non-stop crossing of Australia, and the first flights between Australia and neighbouring New Zealand.

Although marred by controversy over the 'Coffee Royal' Incident, Kingsford Smith was Knighted in 1932 by Sir Isaac Isaacs, serving as Governor-General.

Sir Charles and Co-Pilot John Thompson Pethybridge disappeared on route, attempting to break the England-Australia speed record. Since then, only pieces of 'Lady Southern Cross' have been found.

Hailed as a pioneer, Earhart was the first female Aviator to fly solo across the the Atlantic Ocean in 1928. Now with a celebrity status, Earhart continued to challenge herself in flying record attempts.

On July 2nd, 1937, while making a second attempt at a World flight, Earhart made a radio transmission to a Ship near Howland Island, reporting to be low on fuel. Although the ship was receiving the transmission, their responding transmissions could not be received by Earhart. Earhart's aircraft, the Elektra went missing and is yet to be found. Amelia Earhart was travelling with Fred Noonan at the time of their disappearance.

Was it going to be anyone else

Generally regarded as the inventors of the world's first successful airplane, the brothers made the first 'heavier-than-air' flight in 1903 with the 'Wright Flyer' and creating the three-axis control system.

Orville continued to work in the field of Aviation after his brother's death and later flying with infamous celebrity Howard Hughes in 1944 before passing from a heart attack in 1948, aged 76.

We care for our community and the environment